I have been using an EVGA X58 Classified with an Intel i7-970 in my primary build for the last 5 years.  The six core i7-970 still handles games and video editing without issue. It's been a great combo, and I considered using them again being that performance wise, they still hold up very well.  At the end of the day, I decided 5 years is just too long to go on my primary system without an upgrade, and there were some new Motherboards out supporting a few features that I really wanted to leverage. 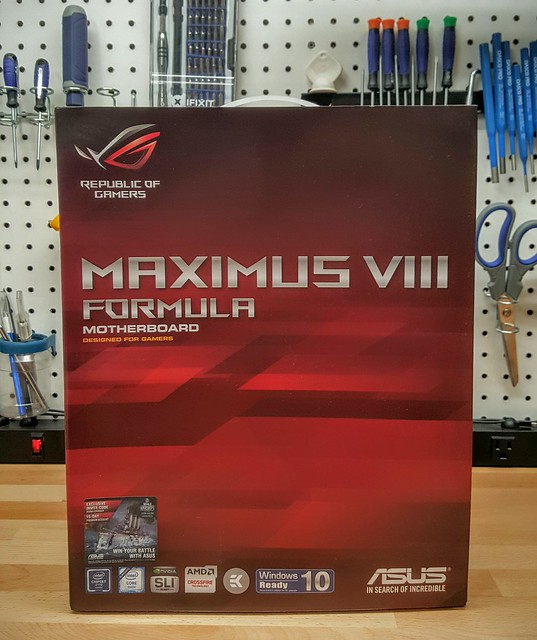 I have always appreciated the features and quality of the ASUS ROG line of products, but wasn’t a fan of the RED themed hardware.  Was very pleased to learn this new Motherboard had a muted black / gray look along with RGB LEDs so users could customize the look to match their system theme. 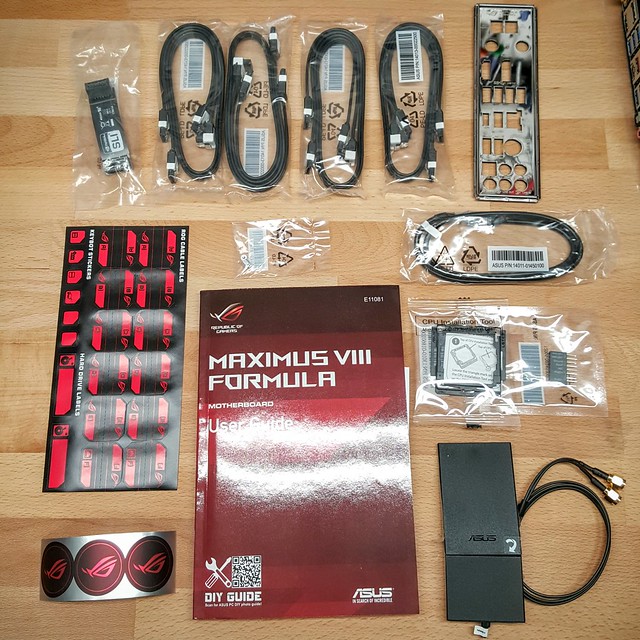 This MoBo has tons of bells & whistles, but it sufficeth to say that it looks great, and performs even better.  A few of the key things I was also wanting in a motherboard besides what I just listed was built in Wireless N, USB 3.1 C support, and good on-board audio.  The Formula VIII has all that and more.

There are plenty of reviews out there that list all the cool things about this board.  I am going to focus mostly on the aesthetics and how they will play into the theme of this build. 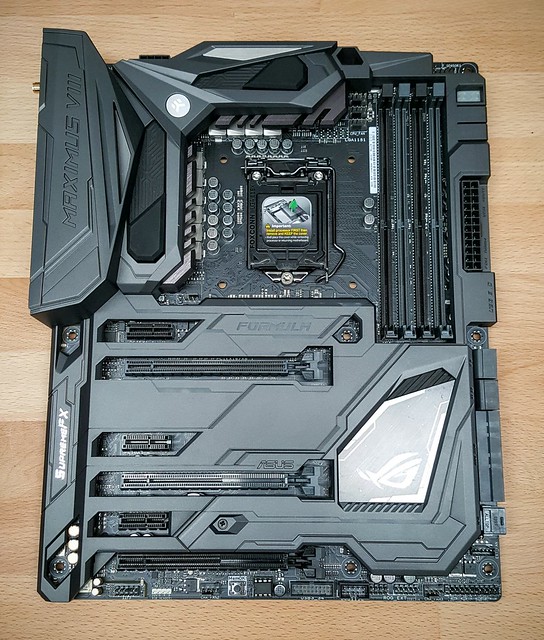 From the front we see the matte black / gray coloring in everything from the “Armor” plating to the PCIe and RAM slots. Another thing that is pretty obvious, and one of the many reasons I went with this board, is the built in waterblock (made by EK) for the MOSFETs. 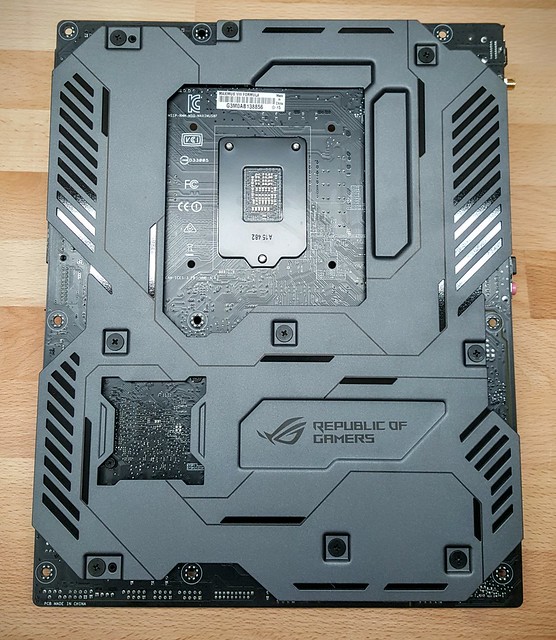 The software that comes with the board can not only control the RGB LEDs on the board itself, but also an RGB LED light strip via a 4-pin header.  This was really important for this build as it will allow me to easily sync up the colors on the motherboard and light strips behind the acrylic panel. 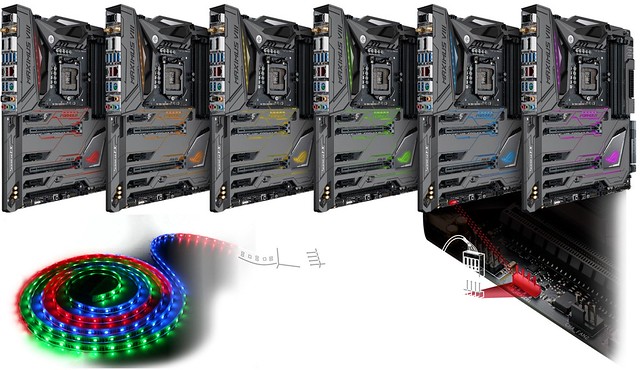 Here is an exploded view showcasing the “ROG Armor”.  ASUS claims that not only does it physically protect the board, but via thermal pads, it also pulls heat away from critical components.  If it does all of that, great… as long as it does it while looking really good in the process. 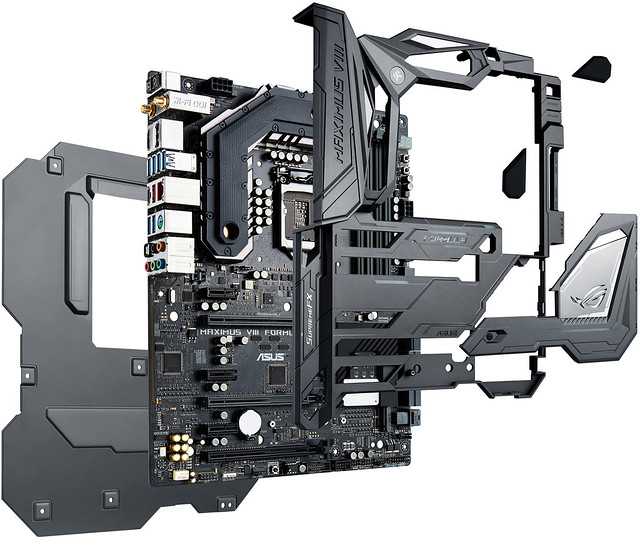 Behind the ASUS ROG logo (which also lights up) is where the M.2 SSD is housed. I have been using this storage medium for about a year in my laptop, but have never owned a desktop that supported it.  They were smart with this version of the MoBo as this panel can be removed and the M.2 drive changed out without having to remove GPUs, which would be a real pain if using a traditional liquid cooling setup. 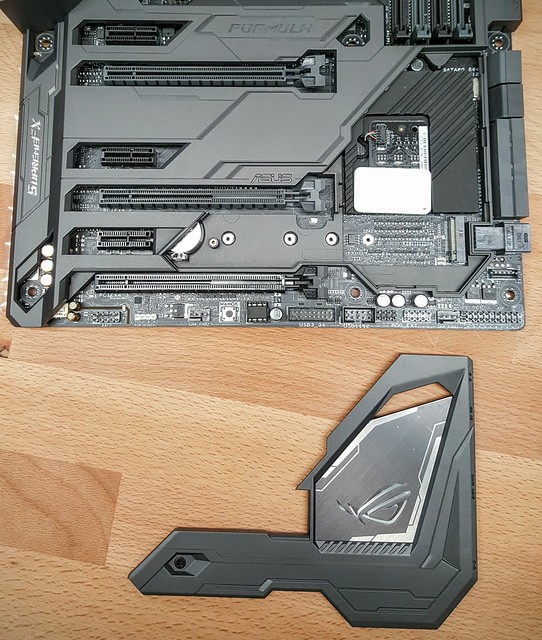 To be installed in this spot and drive my OS and Programs, I will be using the Samsung 950 Pro M.2 SSD.  I considered going 512GB, but since all of my media and game installs are on other HDDs and SSDs, and my current OS / Programs is only using about 40% of the 256GB capacity, didn’t spring for a larger size. 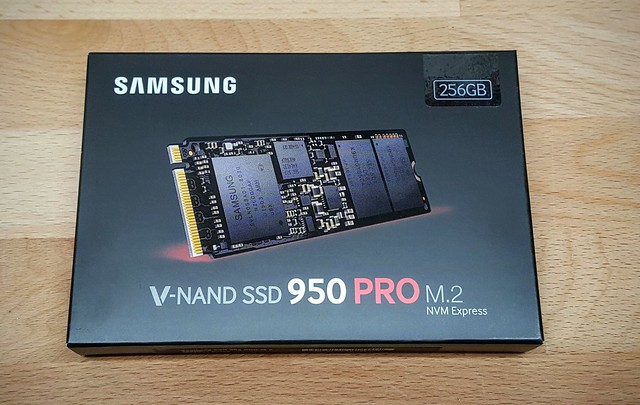 Really amazing how small these things are.  Here is a quick comparison against a USB mouse receiver. 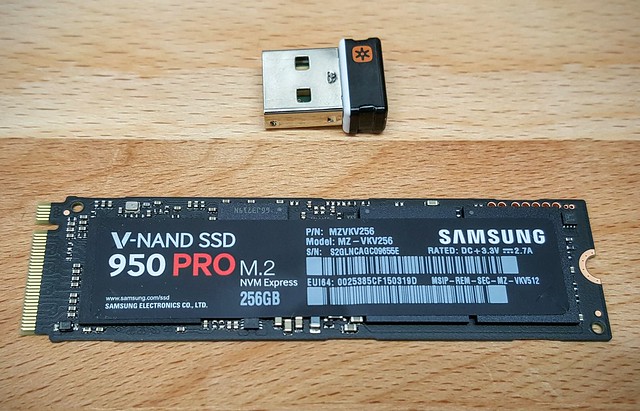 And here we have it installed in the motherboard.  Once the place it put back on, you won’t see any trace of the M.2 SSD, but I am pretty confident it will be quite noticeable performance wise once everything is up and running. 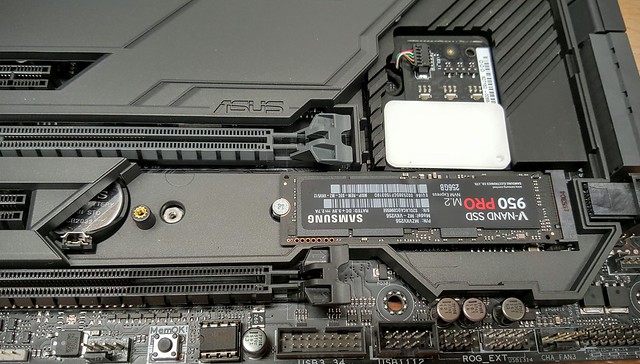