I am putting together a neat little video of the filling process and adding the Mayhem Blue Pastel dye to the system. While working on that, I had a chance to play with a bit more Overclocking, and wanted to share those specs along with some Benchmarks and Temperatures.

Overclocking was pretty easy on this system.  I was able to hit 4.8GHz on the 6700K fairly easily using a core voltage of 1.375, and temps never got above 58C during stress testing. I tried for 5.0GHz, but no matter how much voltage I threw at it, couldn’t get stable enough to run benchmarks, so stayed with 4.8GHz, which really isn’t that bad with the temps I am seeing.

With the GPU the highest I was able to get and be 100% stable on the EVGA GTX 1080 SC, was a core clock of 2151MHz and Memory at 5500MHz.  That’s not overly impressive compared to other GPUs in the past, but apparently the Pascal series cards already come out towards the peak of their frequency threshold. Even then, a 24% core clock increase over reference 1080 cards isn’t too shabby, especially being that my GPU temps have yet to rise above 40C. 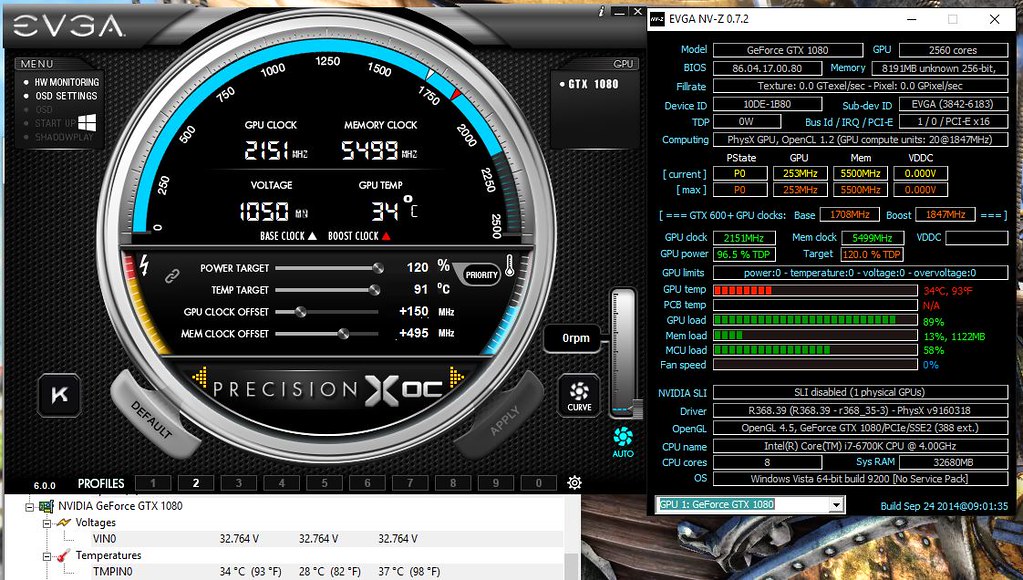 Once I had the CPU and GPU OC’d, it was time to throw some benchmarks and games at it. 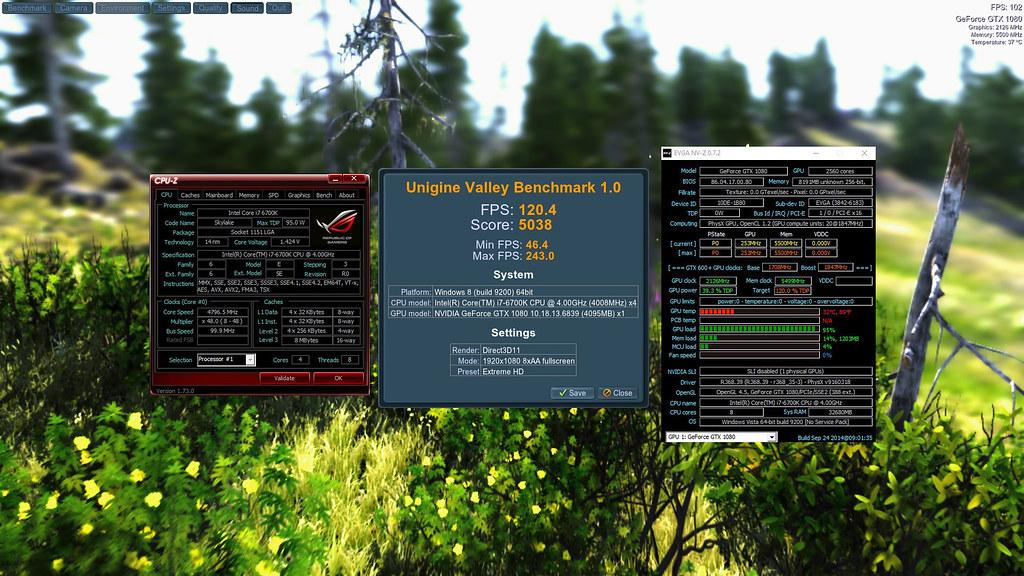 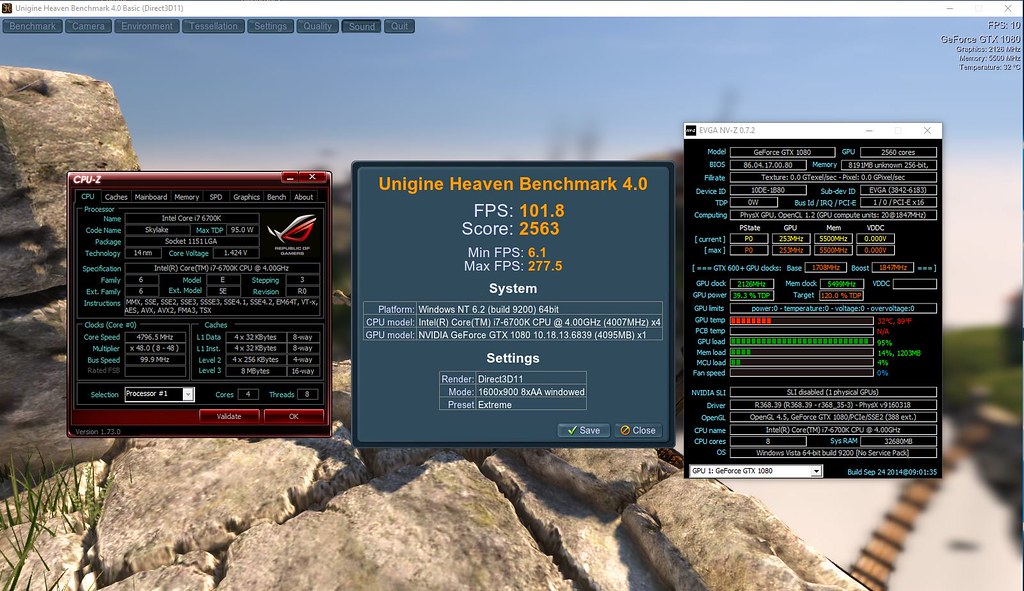 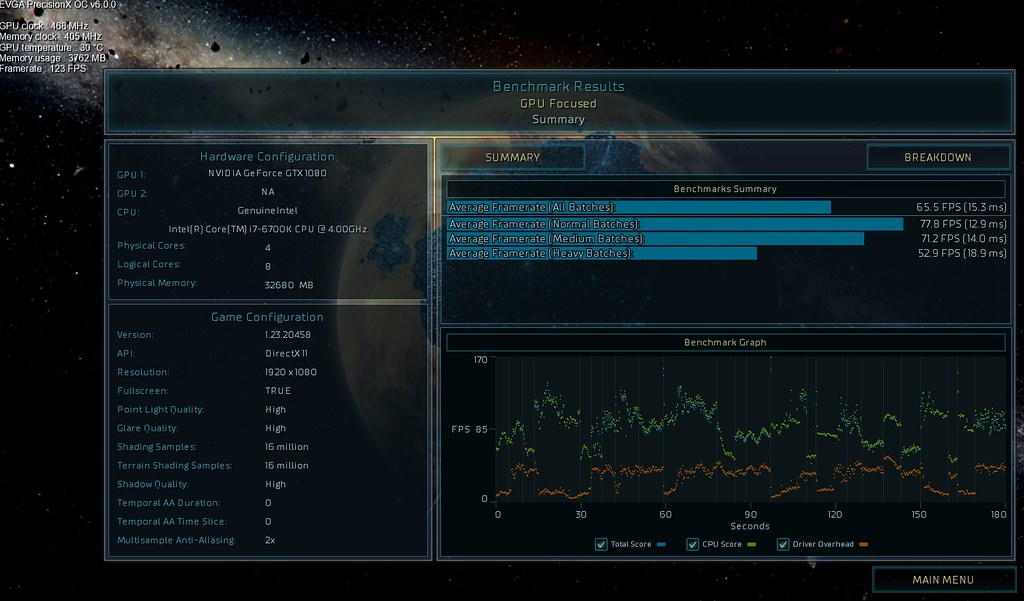 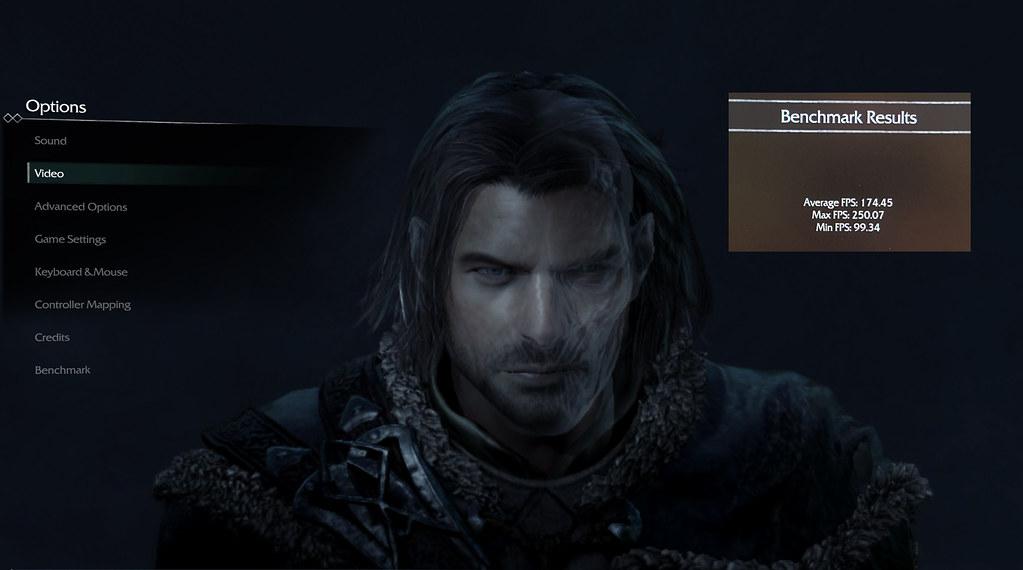 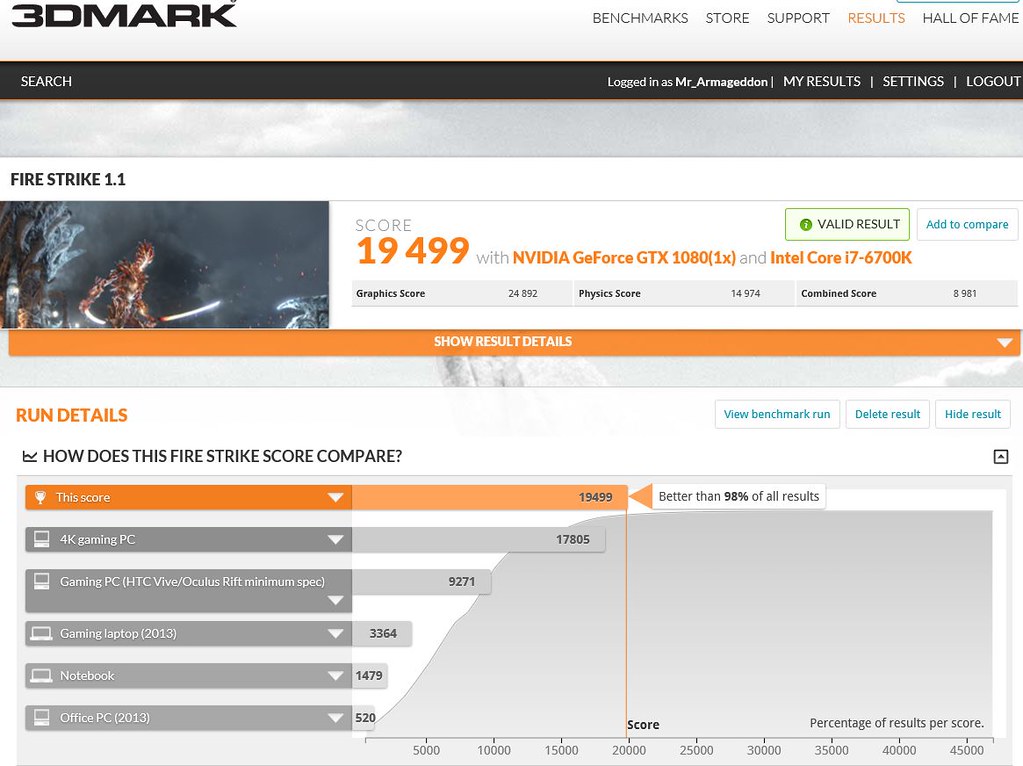 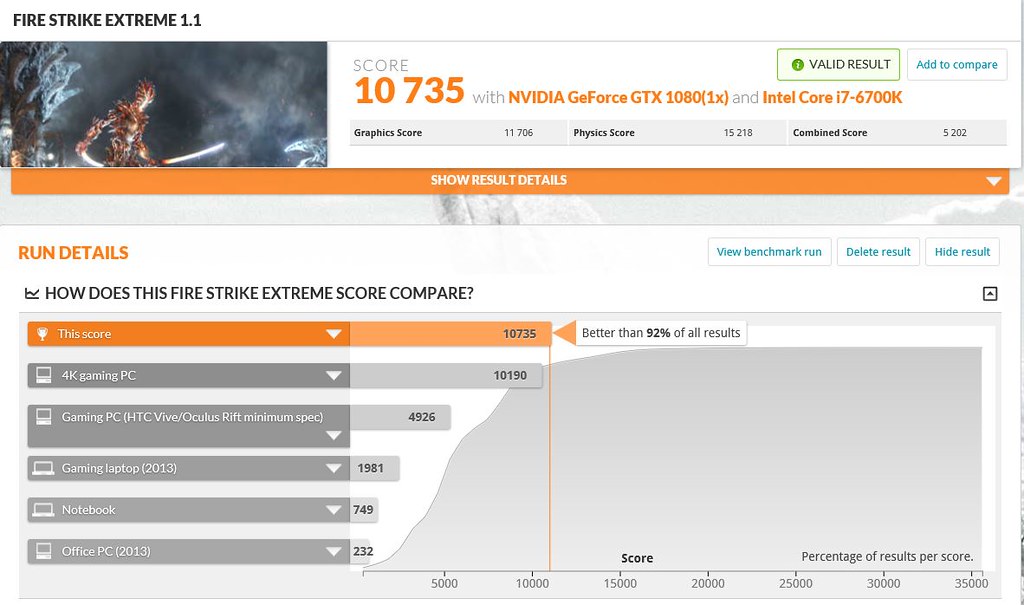 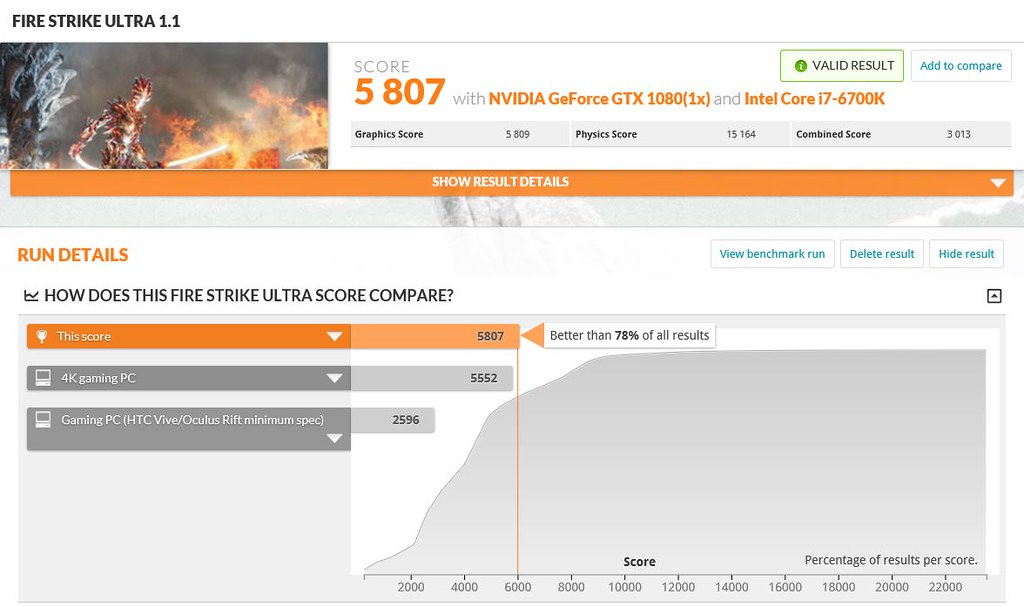 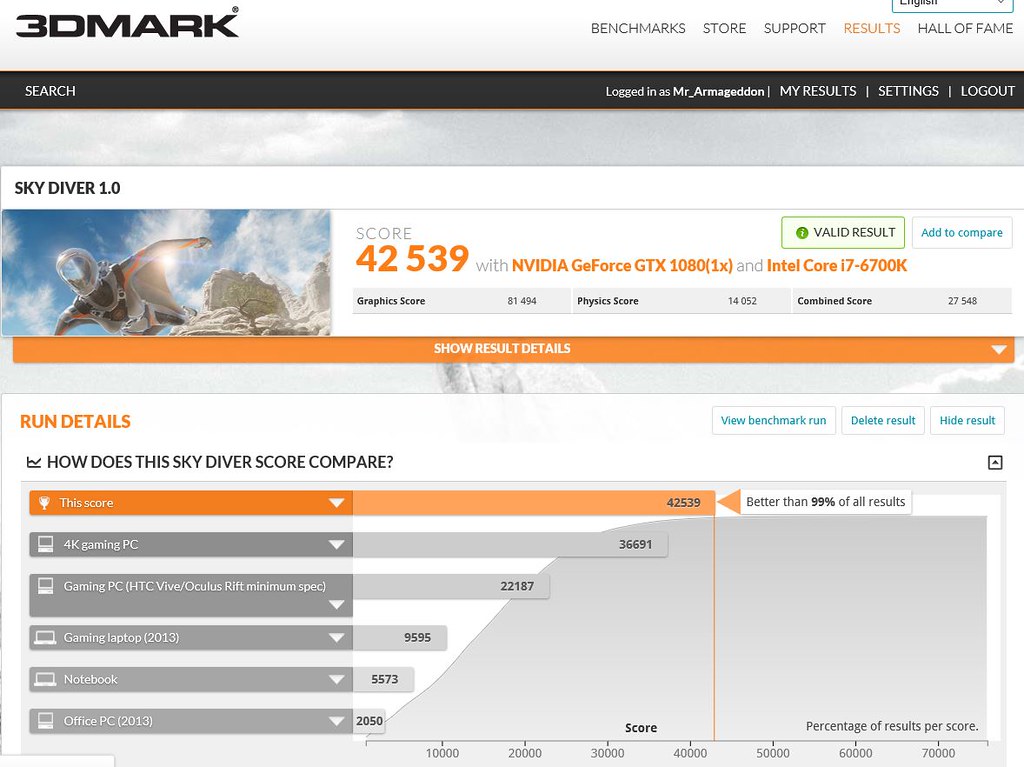