For this build, I decided to go with Monsoon Hardline PETG Tubing 1/2" ID, 5/8" OD.  I initially had purchased PrimoChill PETG Tubing, but decided that the diameter was too thin and liked the look of ⅝” OD better.  This is my first time “tube bending” so I purchased a lot of it since I knew that I had to account for the varoius screw ups that would occur.  Luckily it is not very expensive. 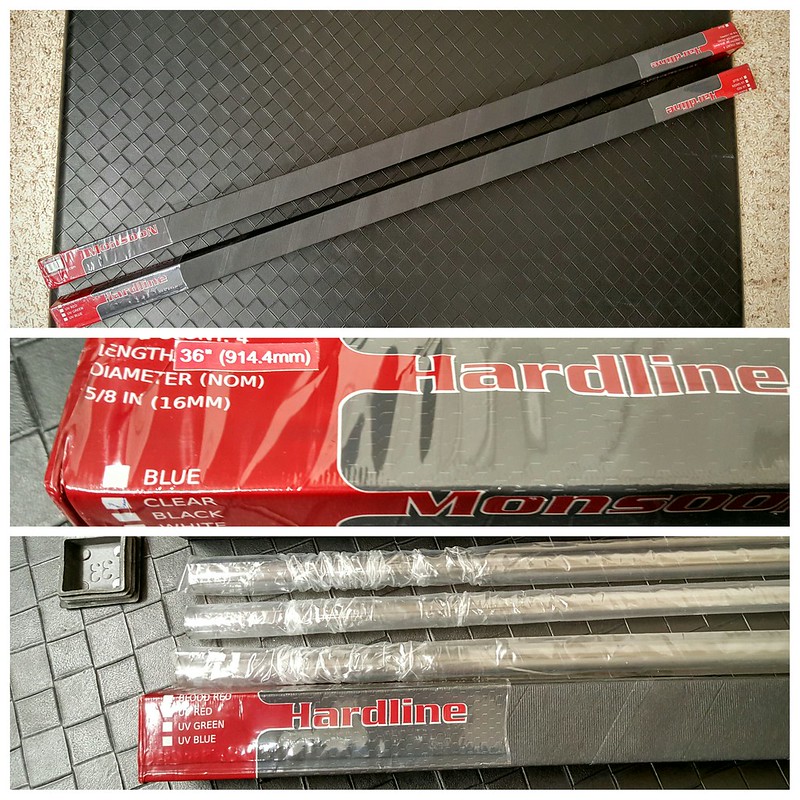 Since it was my first time working with hardline tubing, I had to acquire a few tools to make sure my bends look good. I already had a few things, like the rotary pipe cutters and a heat gun, but also picked up some Monsoon Mandrels to help form bends, a measuring kit, and a tube bending rig made by Barrow which came in really handy. 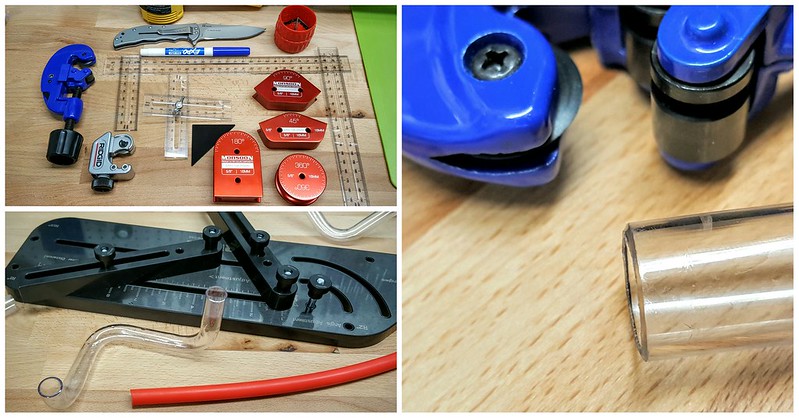 I have noticed that a lot of people cutting tubing use a hacksaw, but I personally thing the rotary pipe cutter is a much better tool.  Not only does is make very straight cuts, but it leaves no mess, and gives the tubing a nice beveled edge as can seen in the picture above, and ensures I don’t damage the o-rings when sliding them on for the fittings.

The Barrows bending rig was very useful when doing more complex / multi angle bends, and assured not only my angles were dead on, but that the tubing was straight throughout the level plane I was working with.  It also allowed me to keep things stable when doing larger 180 bends than what the Monsoon mandrel kit supported.  Used a can of compressed air as a form for one of the bends, and it come out really nice. 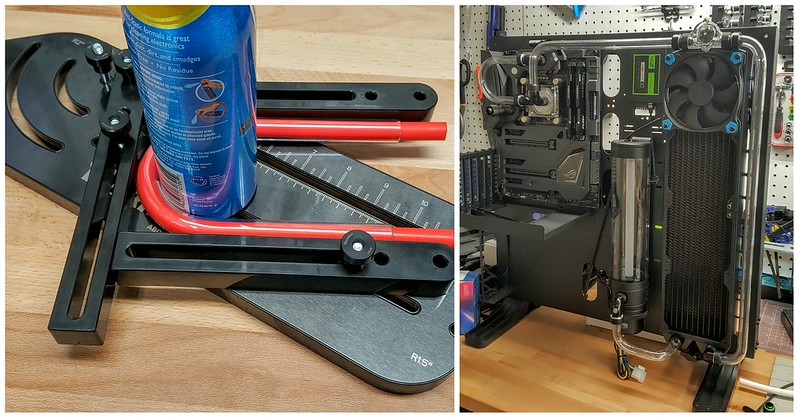 For the most part, my bends held true to my original 3D render which I was glad to see.  One place where I had to simplify a bit is where the Motherboard outlet connected to the GPU block. I was initially going to go with a nice multi-bend solution, but realized after installing the fittings that my plan wouldn’t work.  There wasn’t enough clearance between the fitting and the motherboard housing to do a 90 degree bend from that location. So I used my measuring kit to form a more simple
“L” bend directly to the GPU block. 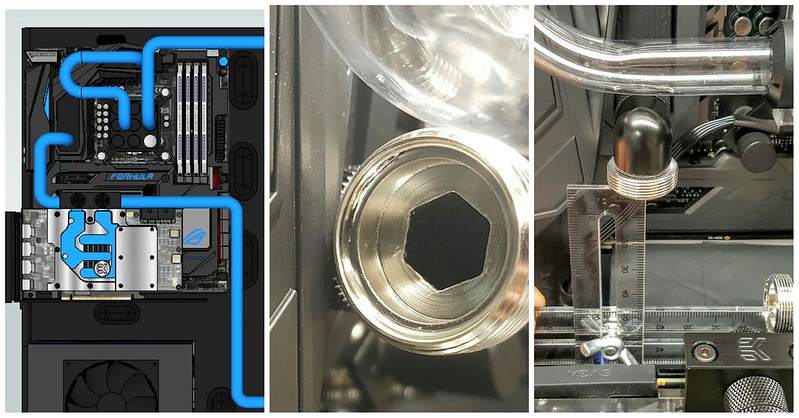 Not as fancy, but the end result still looks great.  Towards the end of the process, I was getting really good and quick at making quality bends.  I may change things around at some point, but for now, I am happy with the end result.  Time to move on to finishing up making some power cables and getting them sleeved. 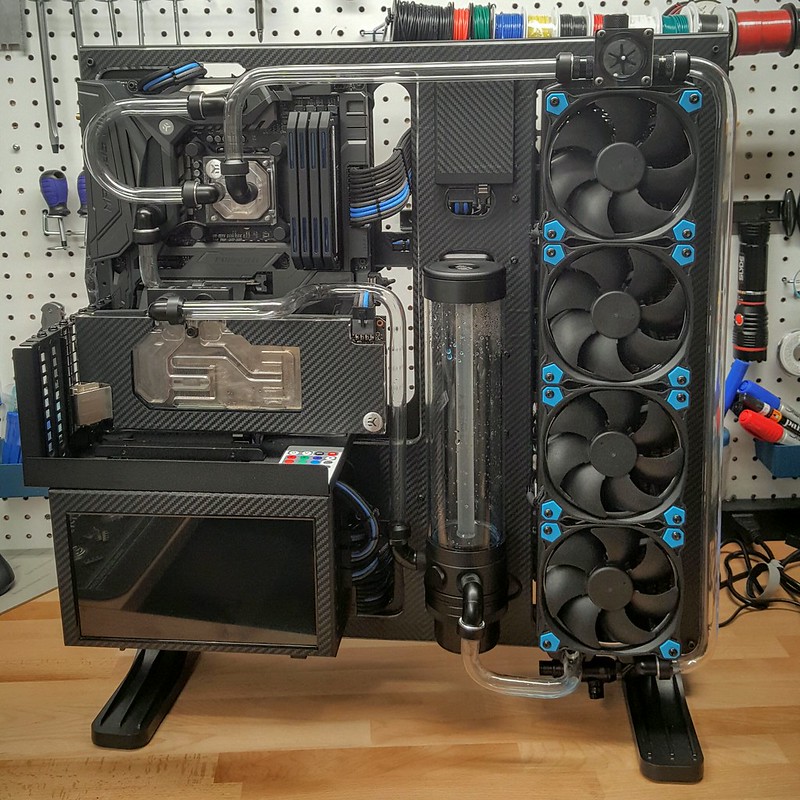