My most gracious hardware sponsor Corsair, sent me the final components to finish up my build. This week I received a bundle-o-fans.  These are their new line of "Air Series" fans, and they look great.  There area verity of types, but they gave me the AF Quite Editions for case fans, and the SP series for my radiators.  Here is the list of what came in:

I really dig the changeable color rings on the fans.  It should look good with my black/blue theme.  Each fan also comes with an adapter that will step down the voltage and manually slow down the RPMs.  Nice that its included, but I will be counting on the Link or AquaComputer for that duty.  The blades on the two types of fans are also different.  The high pressure fans "SP Series" have blades specifically made to push more air through a radiator.  The few reviews I have seen speak highly of them, so I am excited to get them installed. 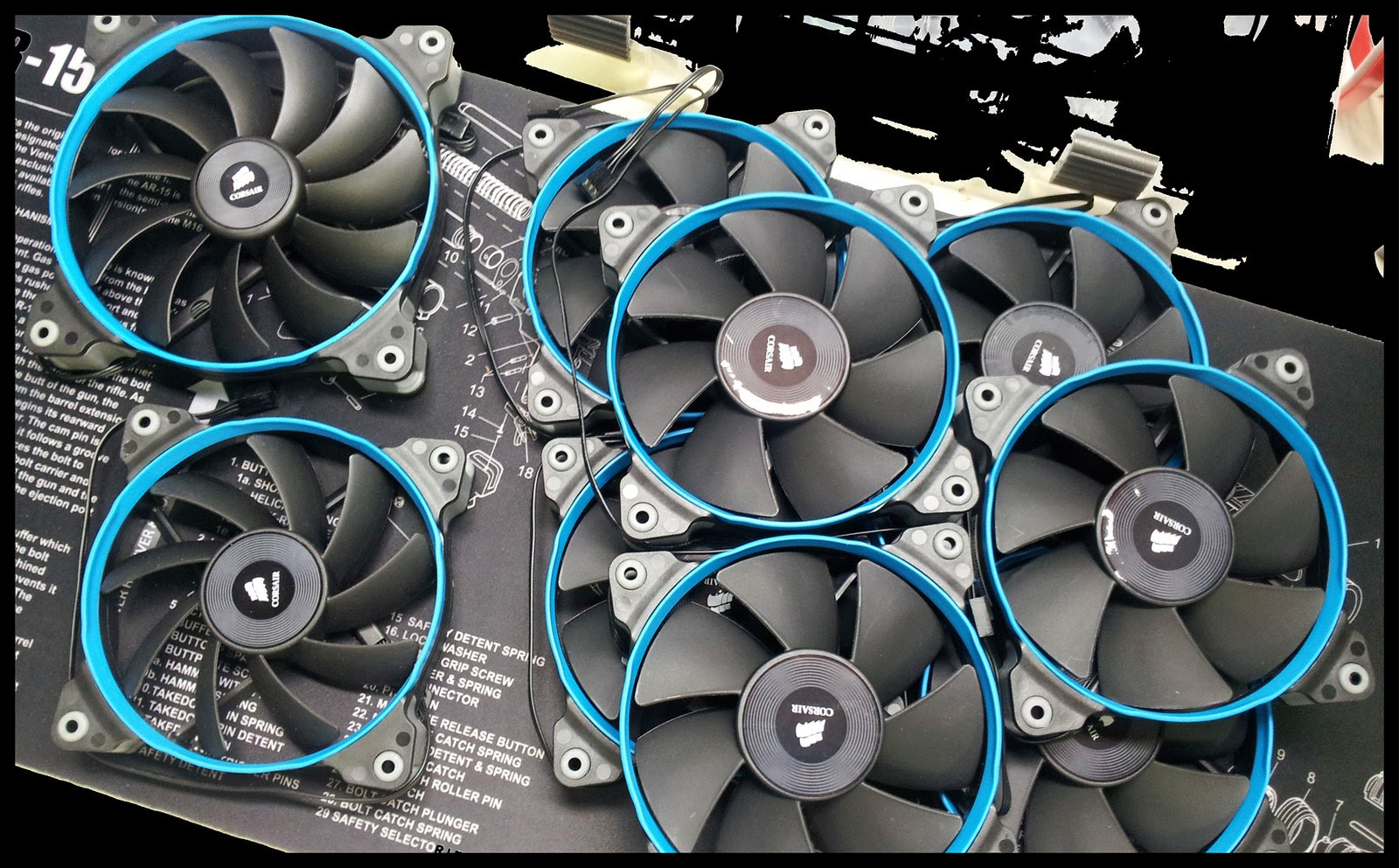 I have to admit, the extra color highlights they bring the the build are right up my alley. 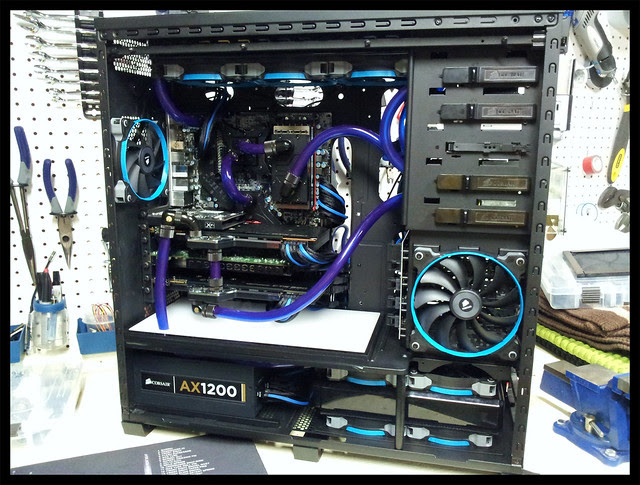 I did a bit of testing with the new Corsair SP120s against my previous fans, the CoolerMaster Blue LED Silent Fan 120mm (R4-L2R-20CK-GP). Specs on both are as follows.

I actually shot a video of the test, but apparently I was an idiot and shot it upside down with my phone  So here is a screen cap of the test. Used a basic fan controller, a Decibel Meter on my phone (not super accurate), and a simple "blow test" with a piece of paper about 6in in front of the fan. Keep in mind, this is a very un-scientific method of testing these fans, and the Corsair SP fans are made to work better with static pressure that comes with being attached to radiators than just blowing power, but since I have no way to measure that, I did what I could. 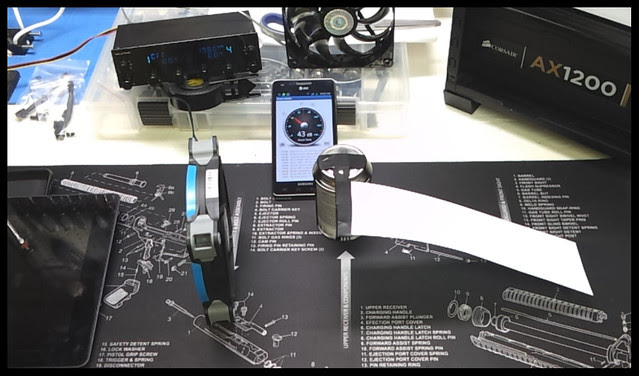 At 2,000 RPM, the Corsair SP120 had noticeably more "blowing" power than the CM fan, and was measured at around 43dBA. Again, this could be way off, but its what the meter said. The CM fan at this same speed had less power, and was louder at 48dBA... much higher than its specification of 19dBA.

2) When I brought the SP120 down to around 1,500RPM, it was barley audible. This was reassuring being that with a good fan controller, for basic computing (web browsing, movies, etc) the majority of the time the fans will be at a noise threshold that wouldn't bother the average individual.

So all I can really say about these Corsair fans at this point is that they are more powerful, and more quiet than my previous fans, and better looking. So I keep them!

After my very rudimentary testing of the fans I own, I came across a much better review that used big expensive equipment, and has Charts / Graphs! I am an Excel monkey being in the Finance field, so I sometimes get overexcited about that kind of stuff

The video review can be found here:

And here are the juicy details. So it look like when comparing static pressure, which is what the SP120s are supposed to be made for, they in fact perform VERY well. The only thing the chart does not show is what RPM these fans are running at, but it still paints a pretty positive picture for using the SP series fans with radiators. 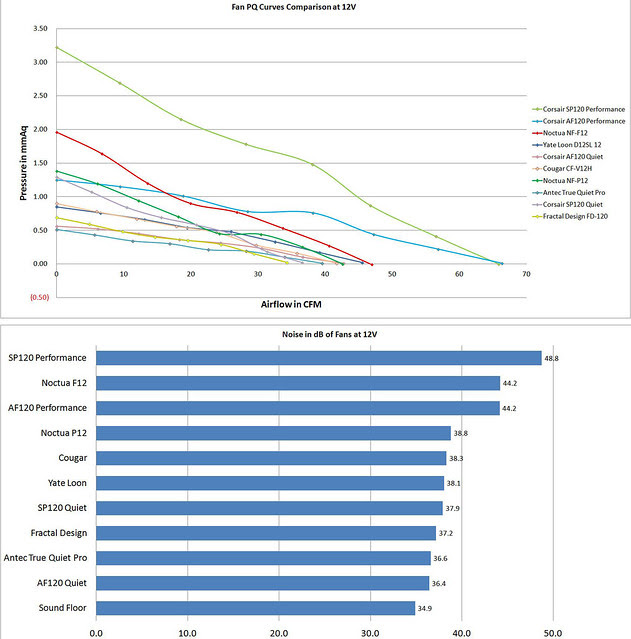 Turns out the Decibel Meter on my phone may not be that far off. At full RPM, I was reading around 48dBA, which is what their results were as well.   Next step is for me to hook up my various "Smart" fan/system controllers to see which will work better with all the different fans and pumps in my build. Stay tuned.
Posted by Zane Ross (Mr_Armageddon) at 8:42 AM