I have been planning on upgrading my Prusa i3 MK2 to the MK2s version for a while now.  After the MK2s was annouced, I set forth to get the required components. Most of the 3D Printed parts were readily available on the Prusa web site, but I also found a few upgrades (Aaron Yourk's TinkerCAD page) that I wanted to include this time around. Here is a full list of what I decided to modify.

Here is a pic of the current MK2.  Has been operational for around 7 months, and prints really well. Very happy with it, but I know from user feedback better bearings and rods will make for quieter operation and possibly allow for faster print times. 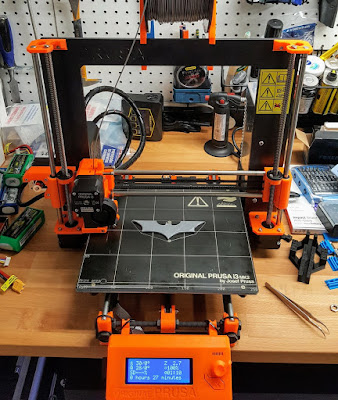 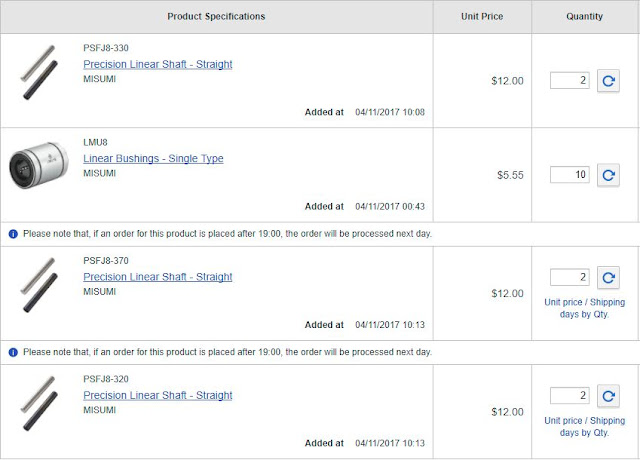 Here we have all the  parts that will go into the upgrade. Anything around the extruder where it will get hot were printed in ABS, the rest are PLA. 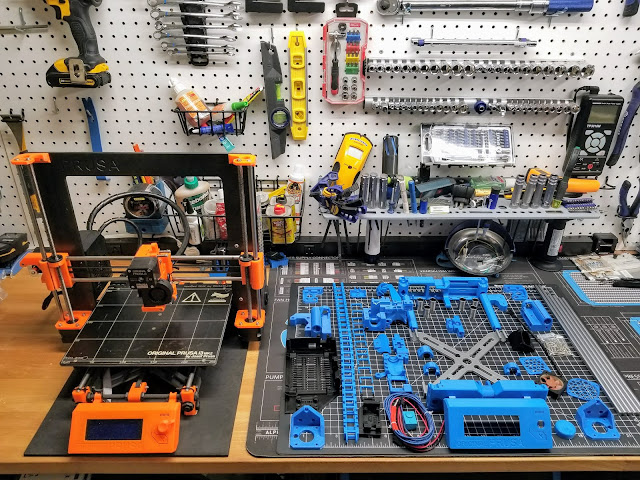 Here is a close up of the parts. 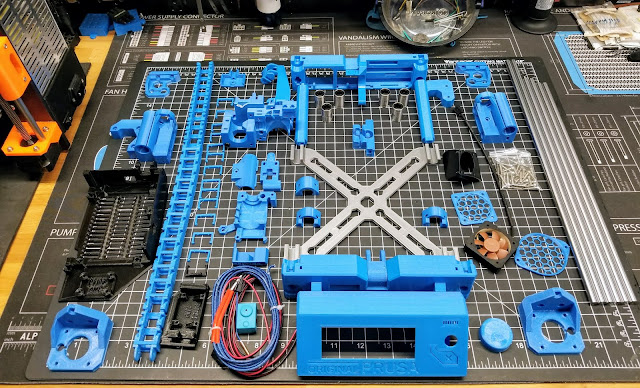 First step was to take apart the existing printer and start assembling the new frame. The upgraded Y-Axis front and back make the entire process much easier, and there is no room for error as it keeps everything nice and square. This is a great upgrade because getting the frame perpendicular was a real challenge with my first Prusa i3. 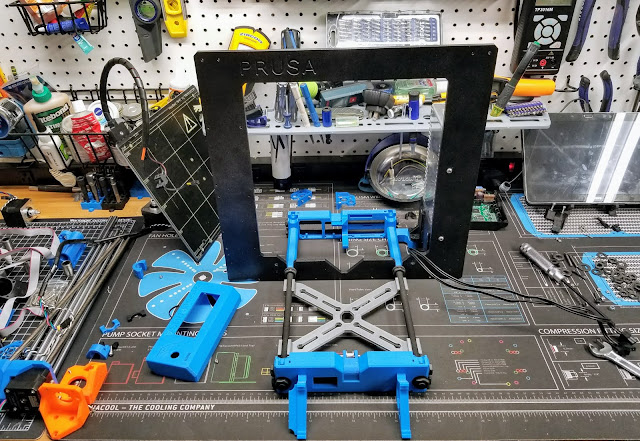 With the frame assembled, I got to work on the X-Axis components and extruder assembly. Most of this would be stock components aside from the new 40mm Noctua Fan and Fan Guards. 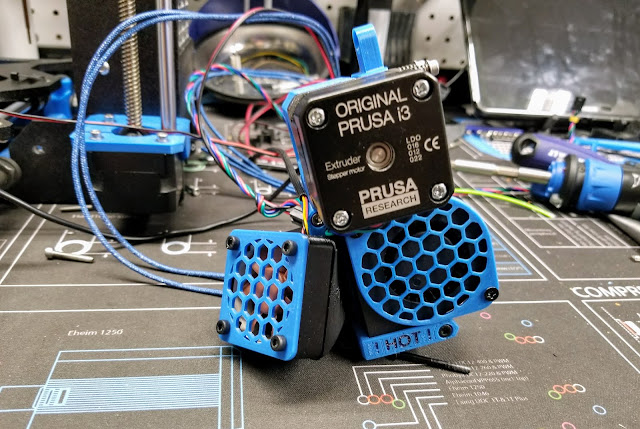 Went through the process of attaching the extruder assembly to the X-Axis and leaving the cables behind, awaiting the addition of the cable chain.  As mentioned before I decided to install a new V6 Hotend, as the last one was pretty messy after a few print failures that caused the filament to backup. 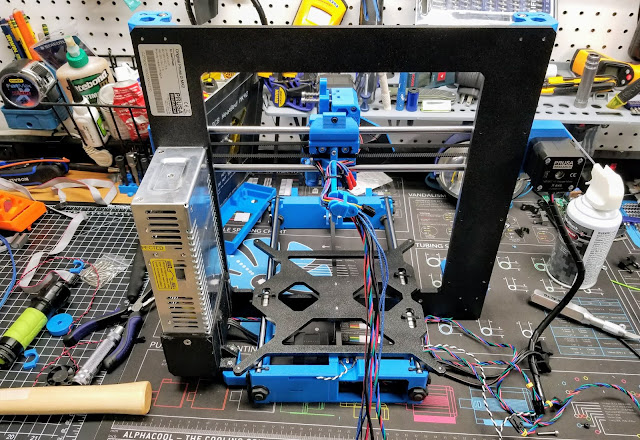 Same but from the front. 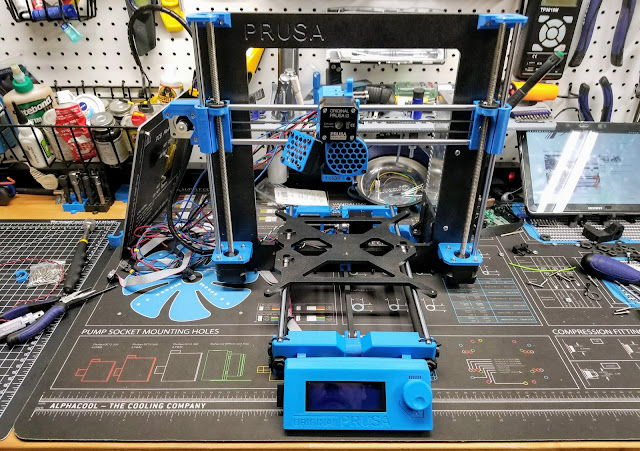 Here is a shot from the back showing the cable chain.  I actually added a few more links (24 total) than what are shown in this picture after testing operation and determining I needed more for it to not bind during certain points of movement. 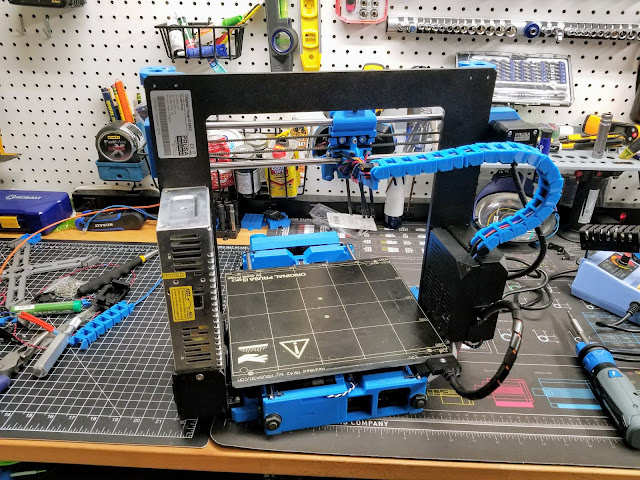 Here we have the fully assembled printer in a side by side comparison withe the previous MK2 configuration. I think the Black / Blue color combo looks a lot better. 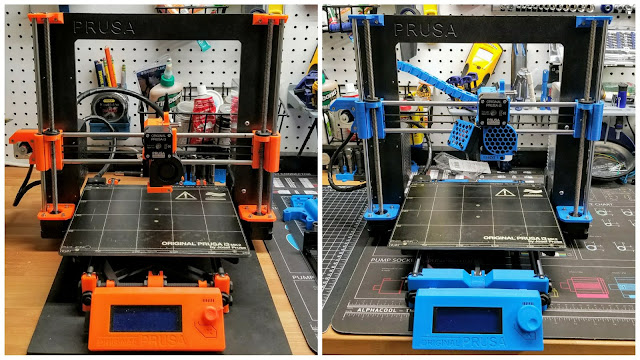 Went through the initial calibration process, and we are Perpendicular after the first try!  Last time it took me a while to get here, so the upgraded parts are already doing their part in saving me time. 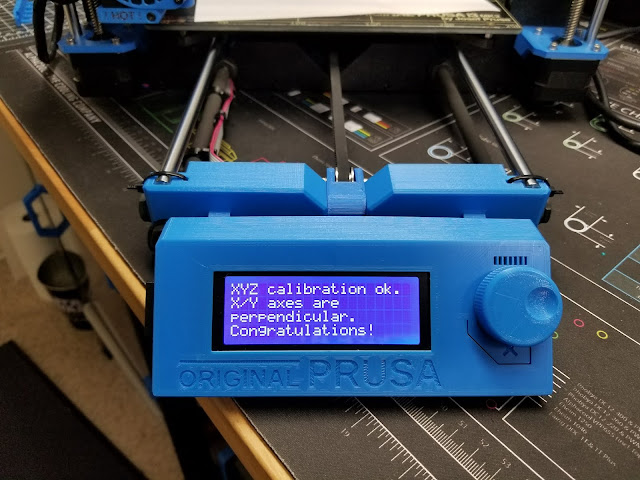 Here is a pic of everything put back into the print Enclosure, ready to start printing. 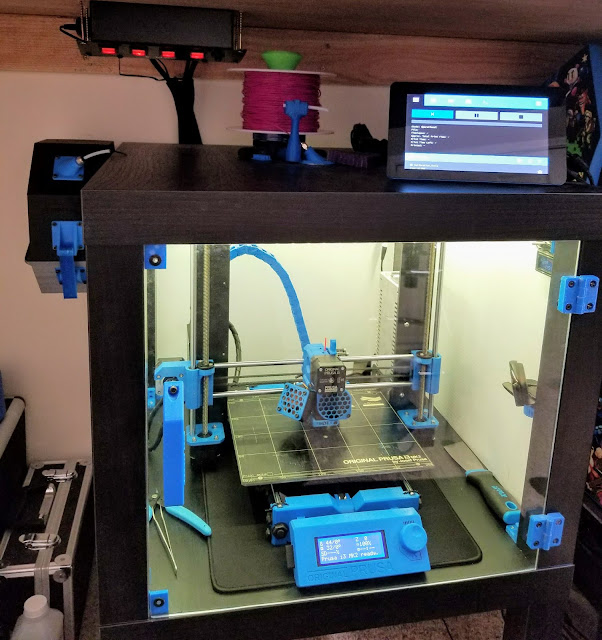 My very first print was the TreeFrog Gcode found on the SD Card.  It printed well, so I moved on to some "functional parts". Below can be seen a few parts that will go towards upgrading my Quad Racing Drone. Turned out perfect. Print quality is excellent, and operation is a bit more quiet. 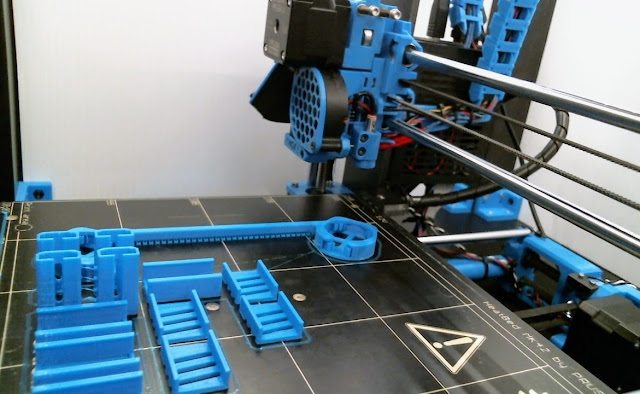 Very happy overall with how the upgrade turned out, and was also able to capture the entire process with my Nikon D5600 in a Timelapse video. Check it out below.