Hey Guys.  Recently got a hold of the new Samsung Galaxy Note 10.1 (2014 Ed) tablet.  It has probably the BEST screen on a mobile device right now (2560x1600) so I wanted to make sure to protect that panel.  Went ahead and purchased both the Anti-Glare and the Ultra Crystal version of the COD iONIC screen protectors, so that I could do a good comparison between the two of them. The following prices are on Amazon as of Nov 1, 2013:

I took a few up close pics with my DSLR to compare text clarity, and also have a video review to compare in addition to calrity, light diffusion, and how they work with the S Pen. 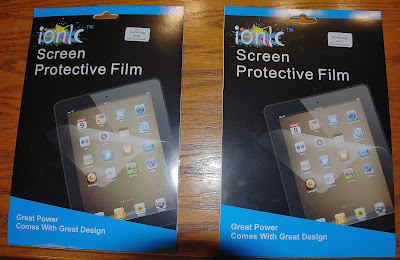 Here we can see all that is included in the packaging.  Each comes with 3 protectors, a microfiber cloth, installation card, and a sticker to remove lint or fuzz that might get stuck under the protector during the install process. 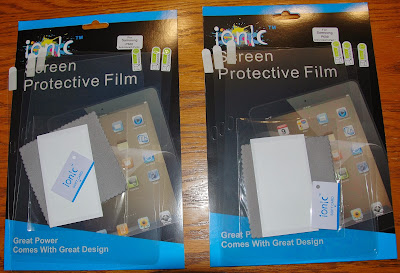 I did a video to better compare not only text clarity, but also light diffusion, and to show how well the S Pen works with each.

Here is a up close picture to compare the text behind the two protectors.  Overall they both look pretty good, but there is a tiny bit of distortion on the Anti-Glare side. 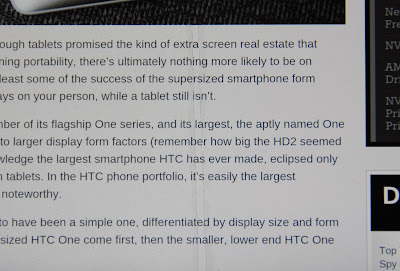 After using both of these protectors you really can't go wrong with either one.  But if you plan on using the S Pen a lot, go with Ultra Crystal and you will be happy.  Thanks for stopping by.
Posted by Zane Ross (Mr_Armageddon) at 12:26 AM

Email ThisBlogThis!Share to TwitterShare to FacebookShare to Pinterest
Labels: Review